Over 20 years experience installing top of the range Conservatories.

Conservatories Designed After Your Needs and Budget

For an affordable yet bespoke conservatory, look no further Glaze Rite Conservatory Installation Professionals. Individually designed, we work with you on every detail from the size and shape to the finishing touches. Choose a traditional glass or solid roof – or a mixture of both – for your ideal living space. And if you simply want to upgrade your existing conservatory roof, we can do that too – in a glass, polycarbonate or solid design. Choosing a conservatory is a big commitment, so you’ll want to understand the benefits of working with us to be confident that you’re making the right decision. We can give you the confidence that we’re here to make everything easy and simple, from ordering and planning to design and installation. With over 20 years’ experience, we offer high quality work backed by long-lasting guarantees.

A Better way to add space, add value and extend your home.

From contemporary roofline pellets, designed to achieve the stunning looks of a Classic Orangery at a fraction of the cost, to distinctive moulded architraves and solid in-fills, to soaring engineering with glass, Glaze Rite have redefined what a conservatory can be. What’s more, all of our conservatory options come with a full 10-year guarantee as standard so you can rest assured that not only is your new conservatory a stylish, energy efficient and secure addition to your home, it is also built to last.

NO CALL OUT FEE!

Unlike many of our competitors who charge a fee to come to visit your home so they can evaluate the situation. We have a NO CALL OUT FEE, so click on the button below to contact us for a no obligation free quote. 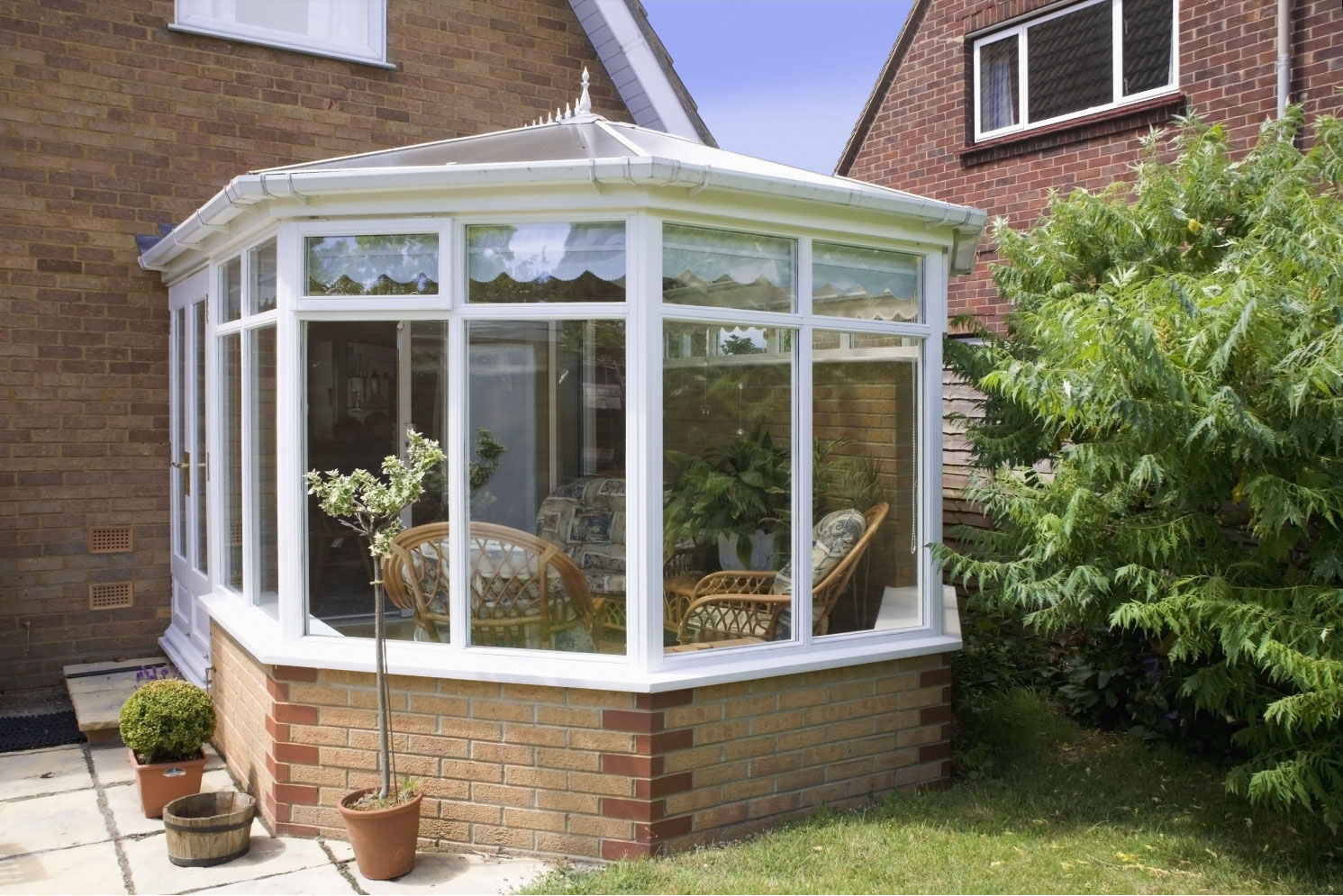 Questions You Should A Before a Conservatory Installation

Having satisfied yourself of the installer’s credentials, you can then:

Glaze Rite wants to make sure that you get the very best out of your conservatory, and we want you to be able to enjoy it for years to come – so here’s a handy checklist of useful things to remember during the conservatory planning process:

Planning permission – Do we need Planning Permission or Building Regulation Approvals for our conservatory?

Choosing the site – take into account factors such as: 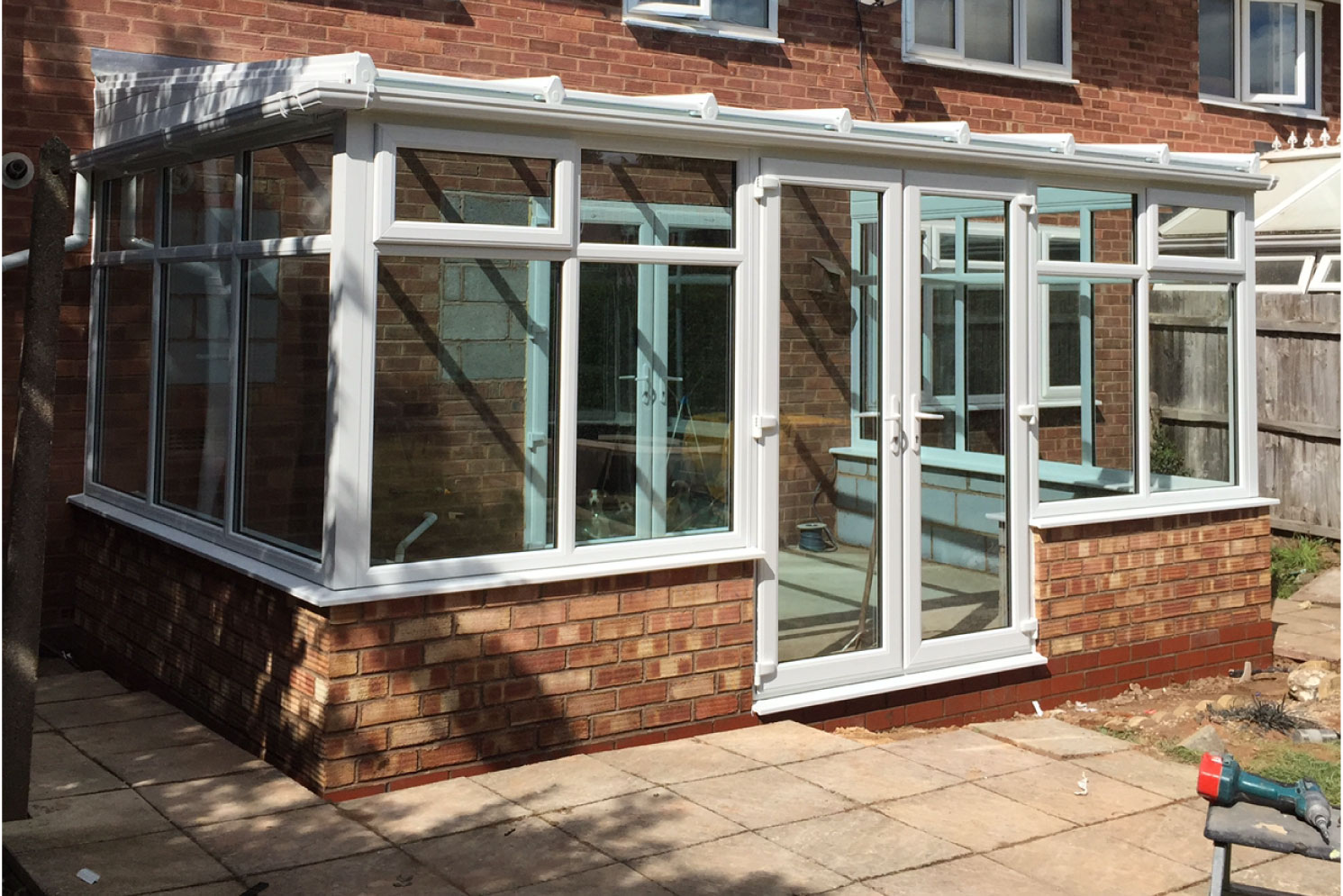 Different Types of Conservatories We Do 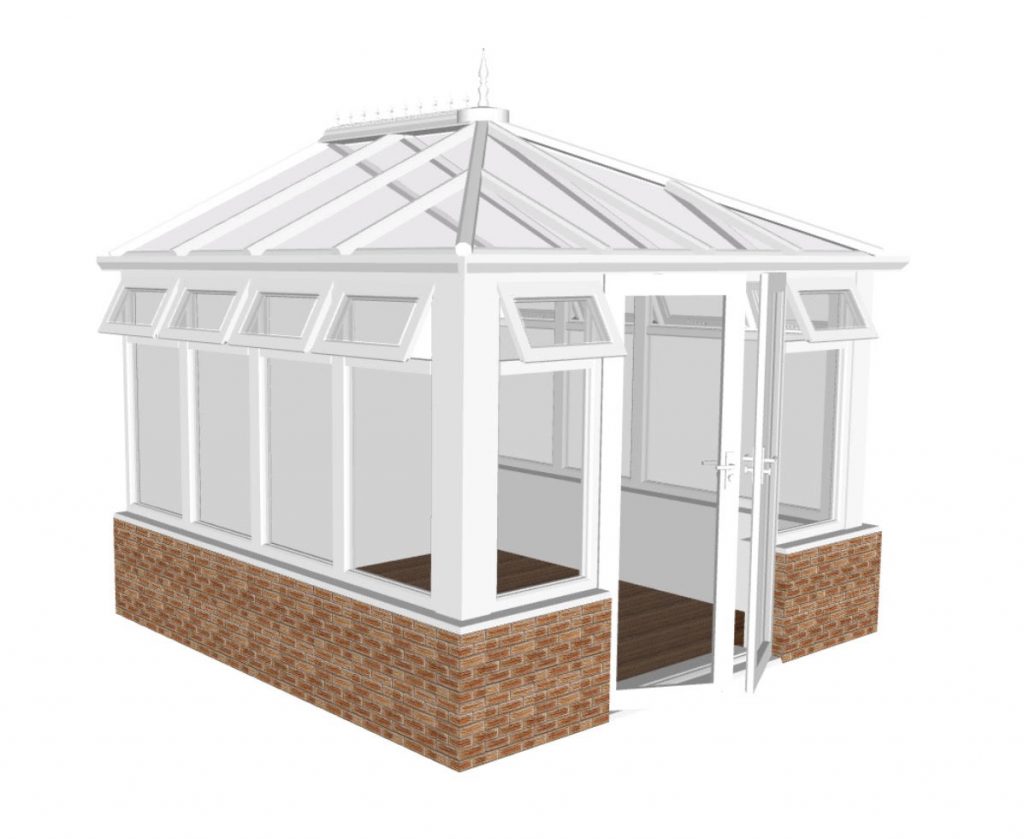 The Edwardian conservatory, also known as the Georgian, the style is very similiar to the Victorian – the main feature difference is that it is square or rectangular in footprint. This style is light and spacious, focusing more subtle lines than the elaborate Victorian conservatory. The Edwardian Conservatory is the ideal shape for furnishing internally, leaving you with no wasted space, because of its square or rectangular shape feature. Typically, an Edwardian style conservatory has a high, sloping roof, providing a marvellous vaulted look and ensuring a light, bright and inspiring room.

Originally built on homes from the 18th  and early 19th centuries, the style has been replicated on many neo-Georgian properties since. Edwardian conservatories were originally the preserve of people with significant style, standing and financial status, widely built on stately homes. Highly exclusive, Edwardian conservatories came before the Victorian style became popular.

Edwardian conservatory style borrows features from Greek and Roman architecture as many ruins were discovered during the period and the design was quickly copied at the time. Its imposing style and finishing touches allow you to maximise your floor area and living space while maintaining character and traditional appeal 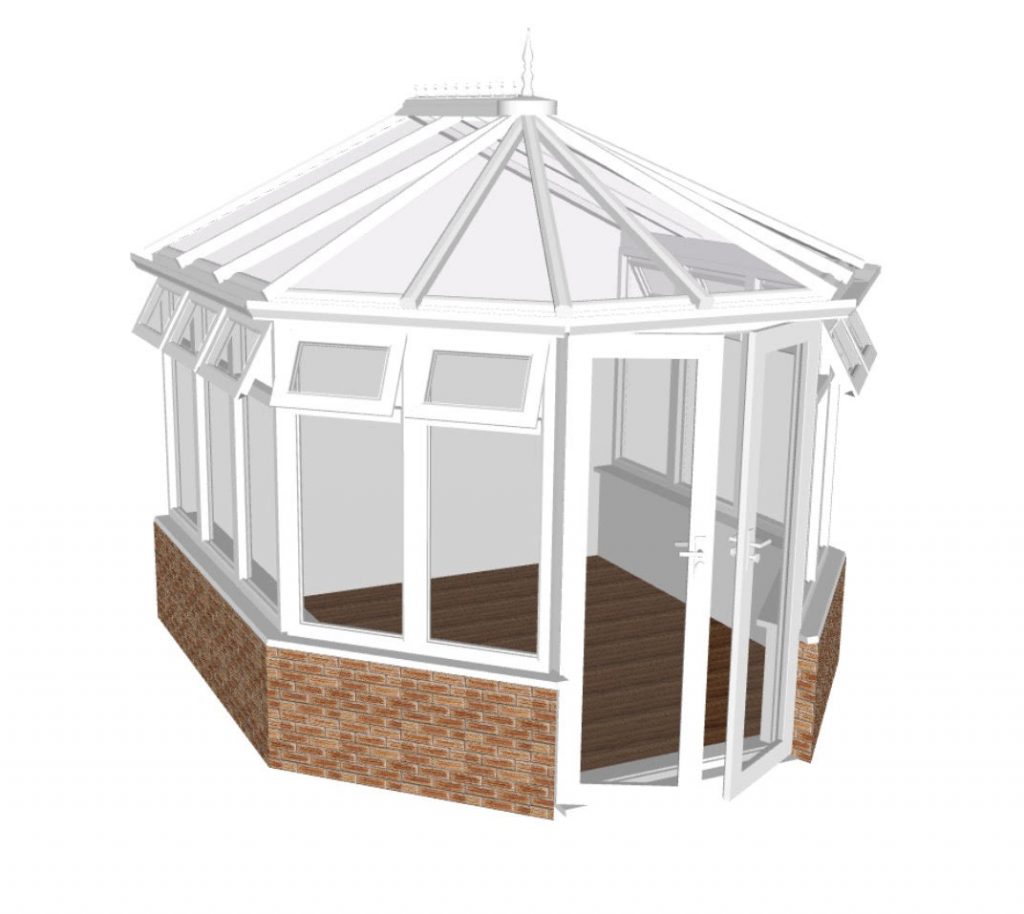 The nation’s love of the conservatory blossomed in the Victorian era, due to their love of exotic plants and foliage necessitating a way of keeping the plants alive during the cold winter months. Victorian conservatory styles were created in the 19th century with elaborate details to complement the period buildings of the time. These often included gothic shapes to the windows and doors and complicated shapes in the roof, where were usually steeply pitched to match those of Victorian homes. Attractive and versatile, Victorian conservatories can be designed to suit the space you have available – from a large garden to a small patio. 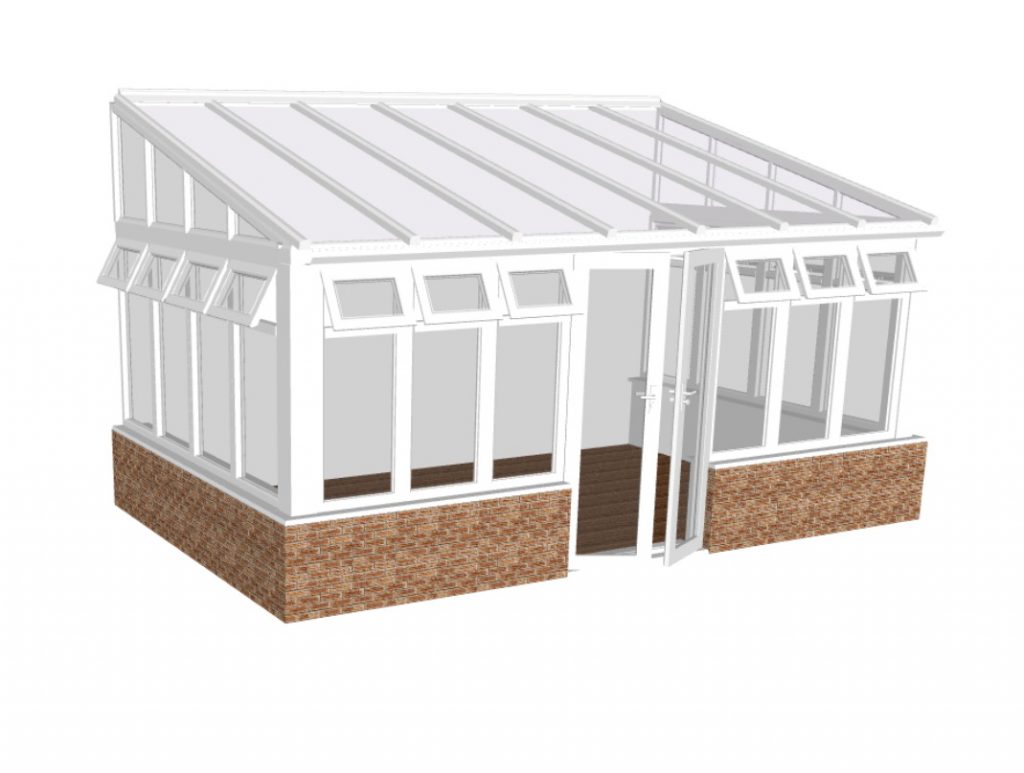 The lean-to conservatory, or sun room, can work best if you’re on a tight budget, and offers one of the simplest solutions for bungalows and porches. With clean lines that give a contemporary look, a lean-to is a popular choice for modern properties, especially for homeowners who prefer a simple, understated design. Whether traditional or contemporary, this style is ideal for homes that have limited space under the eaves, such as a bungalow, or an area that’s too difficult to home a conservatory, because the pitch of the roof on a lean-to conservatory can vary. A shallow pitch can fit under a bungalow roof while a steeper one would be ideal for terraced houses.

The simple shape of a lean-to conservatory allows the maximum space in a highly economical style. They are sometimes called sunrooms, or garden rooms, as they trap the winter sunlight and convert it into heat through the glass. Because of the simple design of lean-to conservatories, with at least one wall already in situ, time and labour is saved, which also saves money. It can also be combined with other styles to create a combination conservatory.

A lean-to conservatory is an easy way to extend your home and gain that extra space you need. They are the ideal choice if you have limited building space or height restrictions as they can be added to the majority of properties.

Whatever your desired function for your new living space you will find that a Glaze Rite lean-to conservatory is the ideal solution. Whether you are looking for a sun room or garden room to make the most of the daylight, a sunlit study or utility room or a larger space such as a family room or kitchen extension, a lean-to conservatory or lean-to combination conservatory will fit the bill.

Clean, simple lines that complement every style of property make a Lean-to conservatory the perfect choice for a modern garden room. 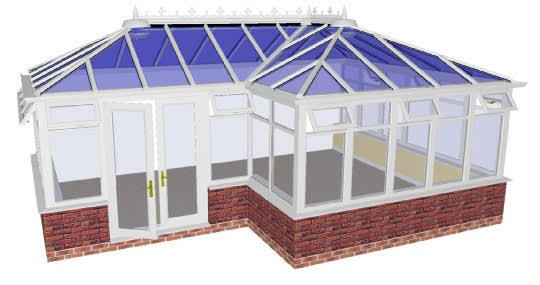 Combining a mix of lean-to and Victorian styles, a ‘P-shape’ conservatory is the perfect choice if you want a larger conservatory

The P-shape conservatory creates a versatile style. This is because the conservatory extends in different directions. The P-shape conservatory is, therefore, ideal for using as two separate living areas. Modern families often use the longer part of the P-shape style as a lounge or dining area, with the rounded part being used as a children’s play area. P-shaped conservatories often require larger proportions, so are better suited for larger detached properties, giving an impressive result.

Enjoy your garden to the full from a bright and spacious P-shaped conservatory. You’ll love the views from its imposing bay. 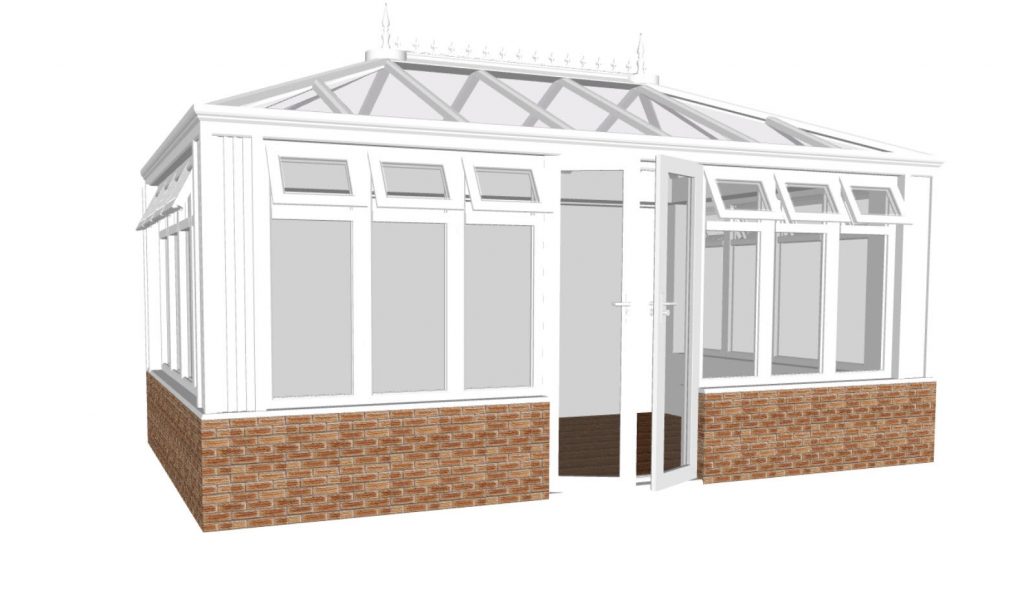 Mix a touch of high-end luxury with easy-living practicality by choosing an Glaze Rite orangery. A bespoke combination of brick pillars and glass, an orangery makes an elegant extension to any home. The orangery is basically a traditional, atrium-style conservatory, but with bang-up-to-date technology from Glaze Rite. With an orangery, your adjoining rooms flood with light and there’s a feeling of grandeur that comes from the interior height.

Types of Orangery Conservatories We Do:

Ultrasky roof is perfect for large spans of bi-fold or sliding doors and combines fresh modern styling  with the latest in glazed roof technology. With fewer bars and more light the Ultrasky Roof is the best way to build stunning orangeries to inspire and impress.

Combine a glazed roof and traditional brick piers and a decorative Cornice to create the Orangery look at a great price. The insulated internal pelmet adds thermal efficiency and provides a useful place for lighting and speakers. 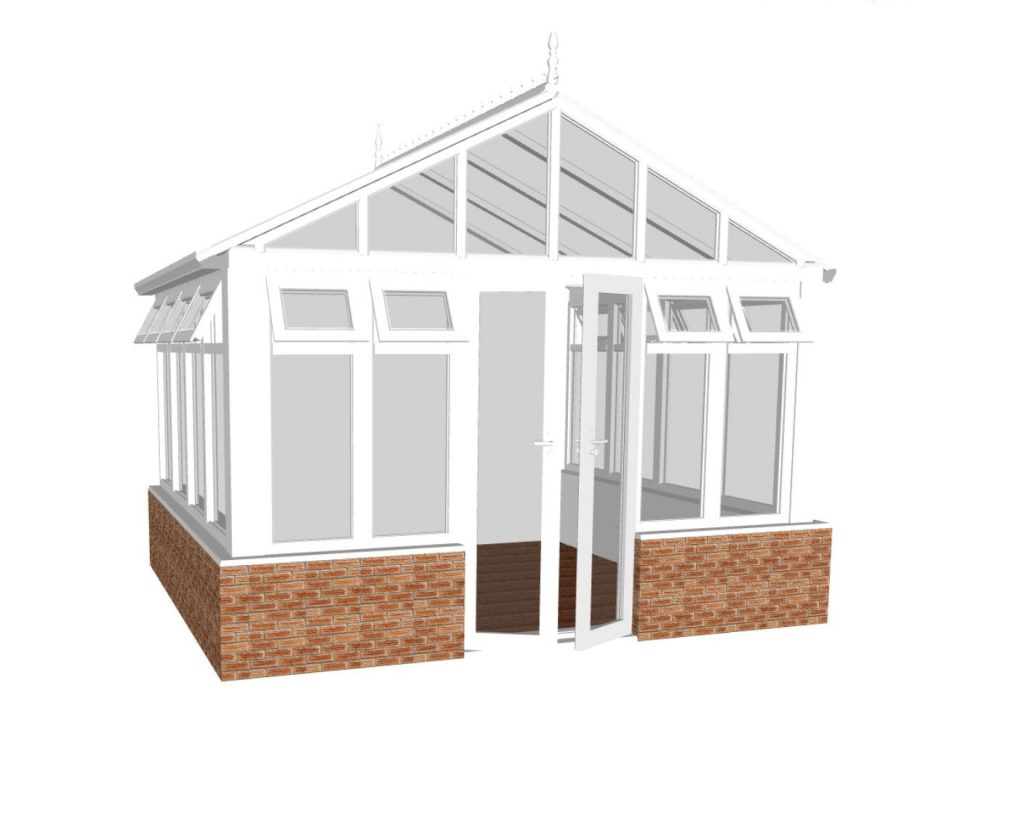 A Gable Conservatory adds a sense of grandeur to any home.

• Gable Conservatories Let In Lots Of Light – This is because the gable conservatories ridge continues right to the end of the conservatory meaning the front elevation extends straight up and subsequently allowing alot of light in.

• Gable End Conservatories Provide Effective Use Of Space – Due to the gable conservatories standard square shape it utilizes the available space very effectively.

• Gable Conservatories Are Practical – Most rooms are square or rectangular in shape and therefore most furniture is designed to be accommodative of that. An gable conservatories standard square shape allows for standard furniture to be used in it. 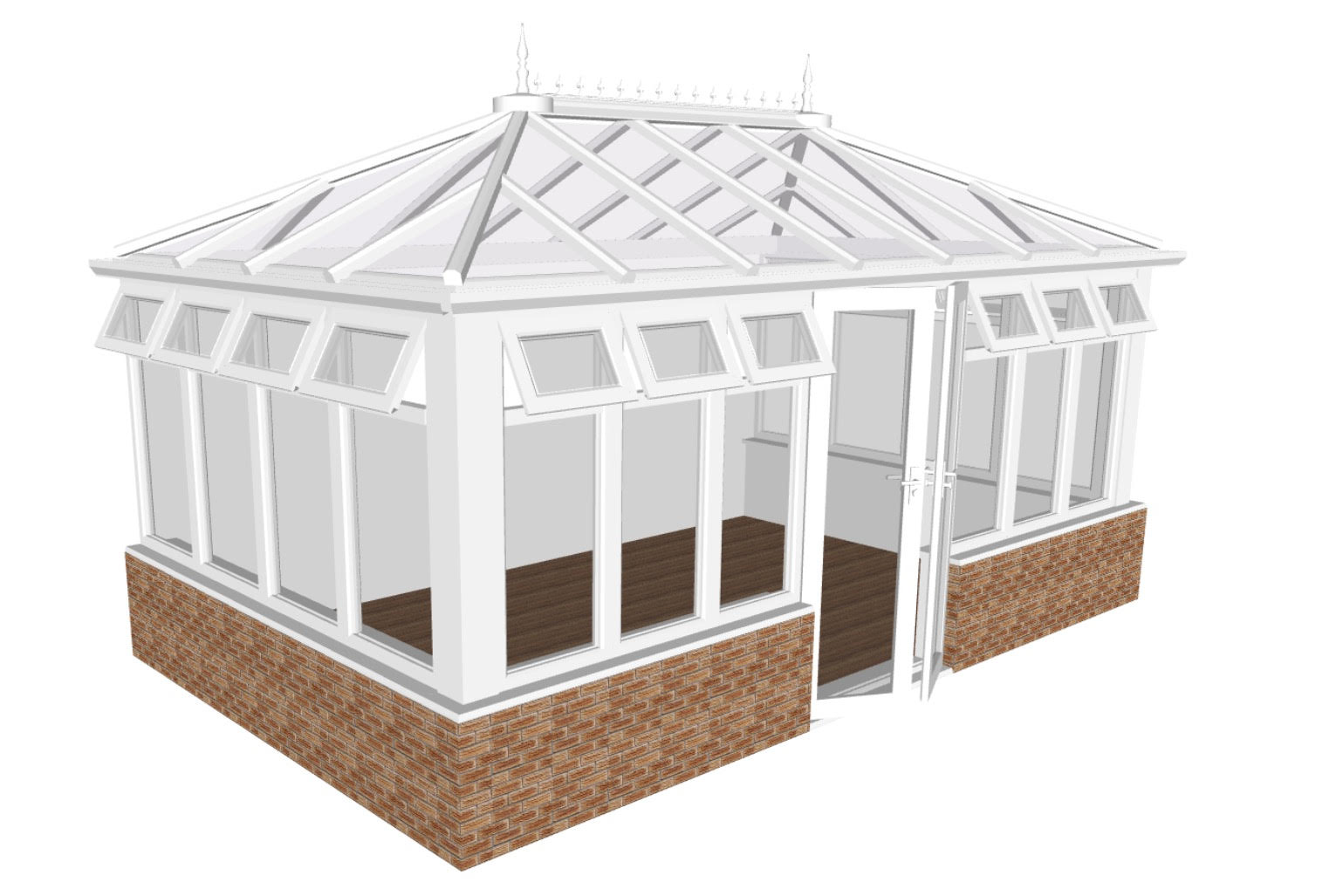 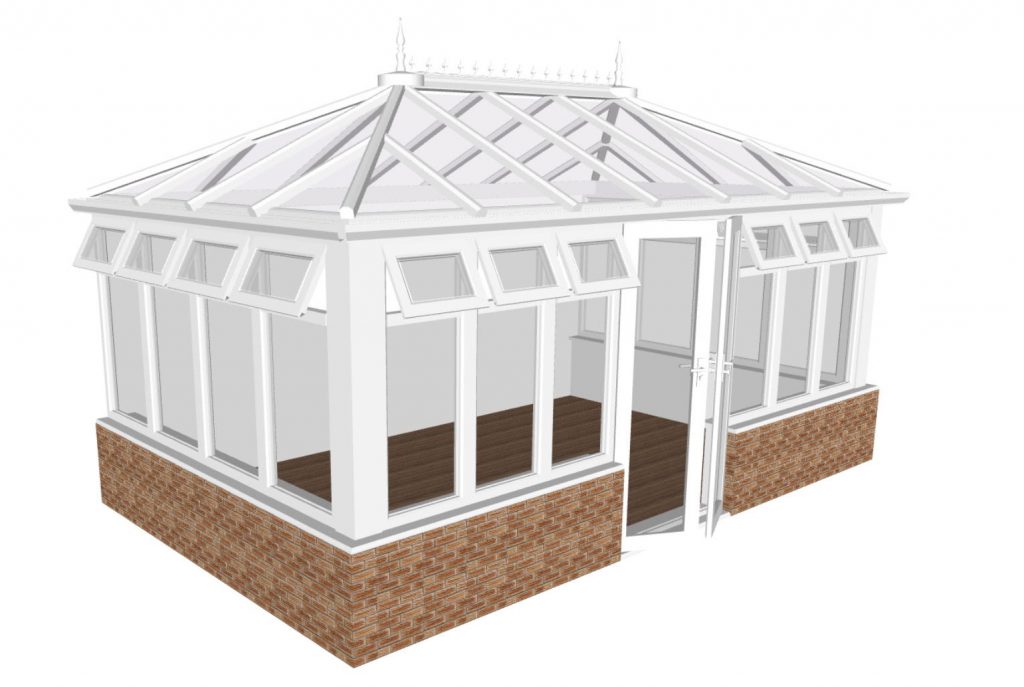 The Twin hipped (also know as double-hipped) conservatory strikes the perfect balance between style and a seamless fit with your home. Rather than having a flat face connecting to the property wall, a twin hipped conservatory has a pitched roof on both sides. This allows for any home to be able to accommodate this style as the angled roof can be used to fit onto height-restricted properties. The front facing pitched roof fits in with any style, from Victorian to Edwardian.